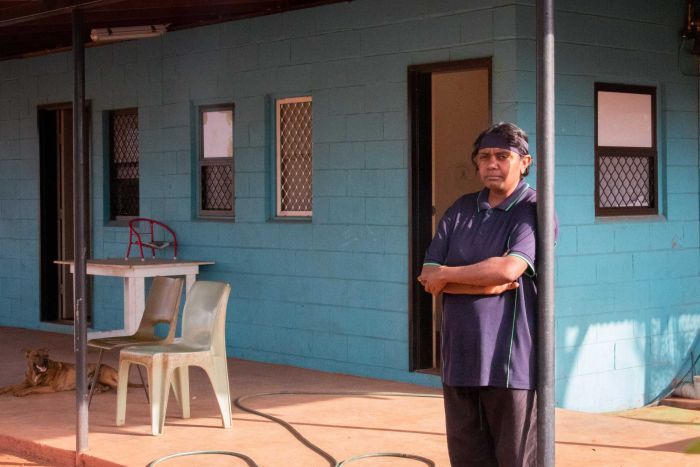 Santa Teresa residents are suing the NT Government over 'decrepit' housing, but it's countersuing, ABC 7.30, Nov 2018

Jasmine Cavanagh has lived in one house for most of her life — a two-bedroom concrete bunker in Santa Teresa, a remote community in the heart of Australia.

At times, it has been a struggle to raise her children in this home. Electrical points were faulty, the roof leaked, and there were major plumbing problems.

During bitterly cold desert winters, she and her partner could not sleep through the night. They were forced to wake up every few hours to clean the sewage and water leaking through their home.

The pair would take turns mopping to stop sewage reaching their bedrooms.

Ms Cavanagh's frustration led her to take an extraordinary step. She is suing the Northern Territory Government over a series of repairs she alleges went ignored for too long.

And she is not alone. Dozens of households in Santa Teresa, 80 kilometres south-east of Alice Springs, have joined this class action against the NT Government and the case is set to go before a tribunal next week.

The residents are taking on the Government because they rent the houses under a remote public-housing scheme and repairs must be booked with the NT Housing Department.

For Ms Cavanagh, it took years to fix the problems.

"I felt stressed and angry because I used to call this company in town to come and fix the drain," she said.

Her children complained they hated the house and wanted to move; she told them: "I'm doing my best."

NT Government launches its own action

Santa Teresa residents said about 600 faults and repair requests went ignored for up to five years, and they were now seeking compensation. 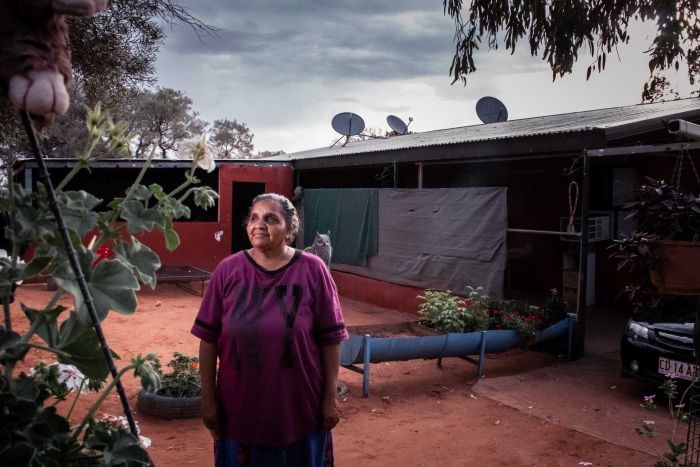 Once locals launched civil action in 2016, they were told the NT's Department of Housing and Community Development would be counter-claiming to pursue unpaid rents.

Lawyer Daniel Kelly is representing the residents. He said the Government was claiming dozens of tenants had failed to pay rent.

Mr Kelly said the Government was also claiming some of the residents failed to maintain their homes.

Ms Cavanagh said she was unaware her rent was never paid and believed her fortnightly direct debit payments had already been taken from her account.

"I had lawyers coming out to see me and told me that my rent is missing," she said.

Mr Kelly took on this case when he founded Australian Lawyers for Remote Aboriginal Rights. For this case they have financial support from the Grata Fund.

"We were shocked," he said. "The average debt was $21,000 per household. That's an incredibly large amount of money for people in this community.

"It wouldn't be surprising if among a whole community … some households were behind in their rent, but when everybody is … there is structural problem with the system.

Mr Kelly will argue residents were signed up to complex rental schemes they did not understand and administrative errors with a new system led to non-payments.

In a statement to the ABC, the NT's Housing Minister Gerry McCarthy said the Government was "working on handing tenancy management and housing works to local organisations" who would help tenants to manage their rental payments.

Santa Teresa elder Annie Young said the town's residents were stressed and confused by the rental debts that had accrued across the town.

"A lot of money, some people owe a car price … it affected them really badly and it's sad and really worrying," she said.

Most homes in the community are similar to Ms Cavanagh's — ageing cinder block structures built in the 1970s and leased to residents through the NT Government's public housing scheme.

"We have clients who have been trying for years to have their repairs attended to," he said.

"We have clients that are worried about the health and safety of their children in these houses and it causes them a great deal of stress.

"Unfortunately it's not run at the standard of public housing in other areas of Australia. It's at a standard much below and despite the many promises of governments, it doesn't seem to be changing."

Josie Douglas, a policy manager at the Central Land Council, said housing was "the number one concern" in remote communities.

"If the NT Government was serious about doing things differently, they would stop pursuing debts created by their own shambolic system," Dr Douglas said.

Communities must 'take responsibility' for housing

Warren Mundine travels across Australia to dozens of Indigenous communities each year.

He said government housing for remote Aboriginal families was typically outdated and dilapidated.

He said more education and training was needed so that "people understand what's happening with their monies".

"We need to have communities taking responsibility for their housing, so looking at paying the rents," he said.

Mr Mundine said flying in workers for repairs and maintenance was an outdated model and communities should be supported to upskill.

"You've also got to build capacity for people in those houses and those communities to start looking after their own houses and that's a big cultural change for sitting there waiting for a plumber or an electrician or someone like that to fly in from Darwin or Brisbane," he said.

Ms Young said Santa Teresa's worries extended beyond the damage and disrepair of the ageing housing stock — the community had outgrown the houses.

"People are angry about the houses because, first of all it's overcrowding, that's what people are saying, it's always been overcrowded," she said.

Ms Young lives with her daughter, son-in-law and their children. In Santa Teresa, it's common for three or four generations to be squeezed into one home.

"I sleep with my teenage grandson … or sometimes I sleep on the kitchen floor … it's better than nothing," she said.

The NT Government told ABC 93 homes in Santa Teresa had been upgraded since delays on repairs were notified in 2016, and it was spending $1.1 billion on remote housing to employ more locals from each community to add more rooms to houses and build more homes.

Despite the state of the housing, residents like Ms Young feel deeply connected to their traditional lands and do not want to live anywhere else.

"Santa Teresa is a good community. I've always have lived here all my life. I was born and bred here," she said.

An hour's drive from Alice Springs, Santa Teresa is a much-loved community for those that call it home.

Founded in the 1950s as a Catholic mission, brightly coloured houses stand out against the red earth and faith in the town is strong.

For father-of-four Charlie Lynch, who moved here to start a family with his partner Tina Williams, Santa Teresa is "heaven".

But he too has joined the case against the Housing Department, pointing out the makeshift tin fence that surrounds his house in the middle of Santa Teresa.

It's there to stop rainwater leaking into the house.

Inside is no better where water leaks next to a light fixture in the kitchen. Mr Lynch sleeps on the couch because the family of six has outgrown the house and he wants his children to have a bedroom.

He said the case was a wake-up call.

"It's going to say one thing to the Government: are you waiting for something to happen to our kids?" Mr Lynch said.

"Are you waiting for the house to break down? Anything could happen. All I want is a new house for our sick kid."

Mr Lynch's son Ernest has had lengthy admissions to hospital for a medical condition which affects his stomach. The family has applied for a new house, but is still waiting.

"We wrote a letter to the Government for [our] sick kid … you know we need a new house and it's been over a years now. Why are things not happening right now?" he said.

Mr Lynch decided to join the class action to draw attention to their living conditions.

"You've got to be strong inside in your heart. You've got talk and fight for your right to make them understand. It's pretty hard to live in a community," he said.