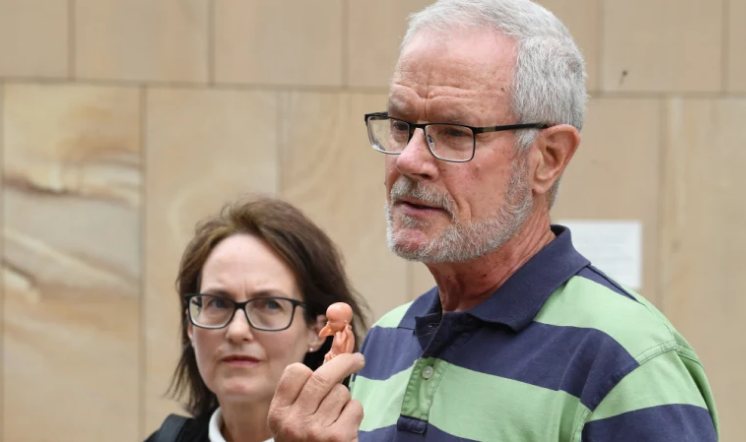 OPINION: High Court decision could spell trouble for the right to protest

Yesterday morning, in a victory for women, the High Court upheld laws that establish 150 metre safe access zones around abortion providers in Victoria and Tasmania. Similar laws exist in NSW. The decision affirms women’s rights to access reproductive healthcare free from unwelcome interventions by anti-abortion activists. Australia’s highest court has recognised that the protection of women’s dignity in accessing health services is a legitimate purpose for the laws to address.

That is something to celebrate. But, notwithstanding the progress towards reproductive justice that the decision represents, aspects of the court’s reasoning are problematic.

In 2016, an anti-abortion activist, Ms Clubb, approached a couple attempting to access an abortion clinic in East Melbourne, spoke to them, and attempted to hand them a pamphlet discouraging abortion - in breach of the Victorian law. When she was charged she argued the law was invalid because it infringed the constitutional implied freedom of political communication. This freedom extends to communications on “governmental and political matters”. If a law restricts communications on such matters, the court will have to consider if the restriction is justified.

While the majority of the court ultimately decided that the laws in Victoria and Tasmania are justified, the court did not decide whether Ms Clubb’s communication was, in fact, political. Three of the seven judges accepted that the conduct was not political. They accepted that Ms Clubb’s conduct was directed solely at dissuading the woman from having an abortion, and was not addressed to law or policymakers, and did not seek to influence a vote. The communication was about moral and ethical choices by an individual, not political choices by the public.

This approach is troubling. It overlooks the reality that there are many ways of engaging in political communication. A stranger imposing her or his views against abortion on a woman seeking that service at a time when the woman may be most vulnerable to harassment is inherently political - regardless of how that message is communicated. The messenger’s objective is to change the woman’s mind about a service she is lawfully entitled to access because of an ethical objection to the law.

It is true that, as one judge said, a decision to abort a pregnancy is a personal - not political - choice. But it is a personal choice about a political issue. And while not all discussion about abortion is political, a communication like Ms Clubb’s is clearly not of the same character as a consensual, private and objective conversation between a doctor and patient about pregnancy choices. The labelling of anti-abortionists’ unsolicited interventions as “door-stop counselling” is misleading. It suggests a consensual conversation, when in reality many such communications are designed to publicly intrude on a woman’s personal choice and interfere with her ability to access reproductive healthcare. For many women these encounters are deeply traumatic and affect their ability to feel safe seeking medical support.

While the approach in yesterday’s decision was partly due to a lack of evidence about whether Ms Clubb’s communication was political, it could spell trouble down the track. If the High Court were to embrace an approach that political communications were limited to those expressly directed to influencing electoral choice, we would risk curtailing the scope of protest rights.

This is because a court will only consider whether legislation that silences dissent is invalid if it is first established that the communication is “political” in nature. It is for this reason that judges have previously said that the range of matters that may be characterised as political is broad. A narrow approach as to what constitutes a political communication could have much wider impacts.

Lou Dargan is the Head of Strategic Litigation at Grata Fund.