It may be a small town, but it’s home to a proud community. Earlier this year Santa Teresa was named Australia’s 2019 Tidy Town. 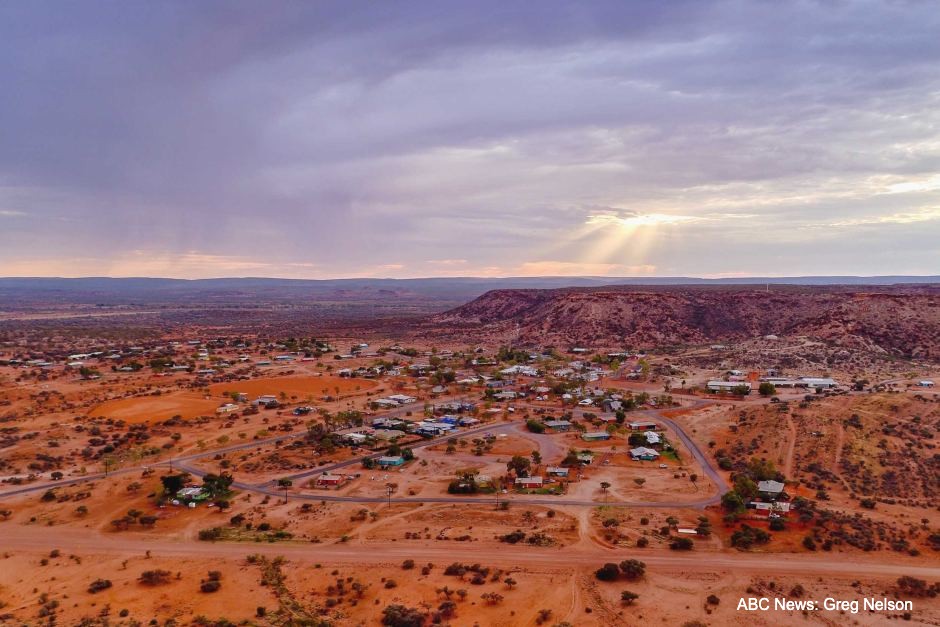 It’s not the first time this proud Indigenous community has made headlines.

In 2018, members of the Santa Teresa community, with the help of the Grata Fund and Australian Lawyers for Remote Aboriginal Rights, sued the Northern Territory Government for failing to undertake 600 repairs to their deteriorating homes.

“I remember when we first came to Santa Teresa, it was clear that this community cared about their town,” says Daniel Kelly, lead lawyer for Australian Lawyers for Remote Aboriginal Rights (ALRAR).

“People in Santa Teresa are house proud, they keep nice gardens, everything from the outside looked very well cared for - not that they’re flash places, they’re essentially concrete bunkers with a tin roof. It was when you stepped inside that you saw the enormity of the problem.”

Leaking rooves, poor drainage, defective plumbing, serious electrical faults and a lack of air conditioning which rendered the properties uninhabitable in summer months, were just some of the issues that had been unresolved for up to five years.

The decrepitude of the properties was compounded by overcrowding and 40 years’ worth of insufficient investment in remote housing stock. 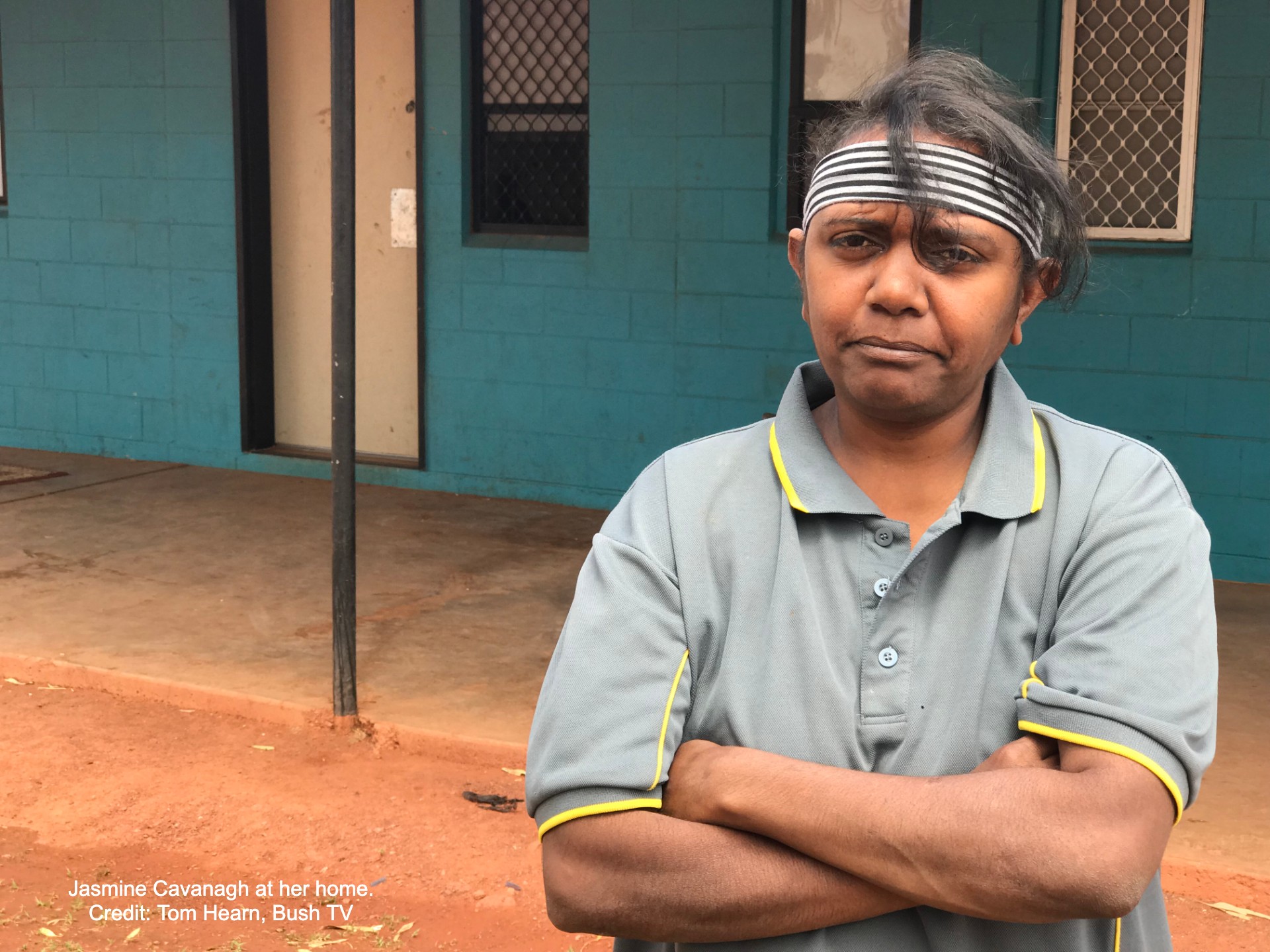 Santa Teresa resident and lead plaintiff, Jasmine Cavanagh, lived in a 2-bedroom property that had a leaky roof, electrical faults, a broken oven and a front door that had no door handle and couldn’t be locked. On top of it all, Jasmine had to contend with a backed-up toilet that routinely leaked sewerage and water through the bathroom and kitchen.

On the occasions when the Department of Housing did respond to Jasmine’s complaints, it often resulted in the water being switched off for weeks at a time because the contractors had been unable to fix it.

When the Federal Government sub-leased the community-controlled housing stock it acquired during the Intervention in 2008 to the Northern Territory Government, the NT Department of Housing became landlord and the provisions of the Residential Tenancy Act (NT) were enacted.

As such, Australian Lawyers for Remote Aboriginal Rights notified the NT Department of Housing of the repairs required in the 70 Santa Teresa houses. After receiving no response, they took the claim to the NT Civil and Administrative Tribunal. 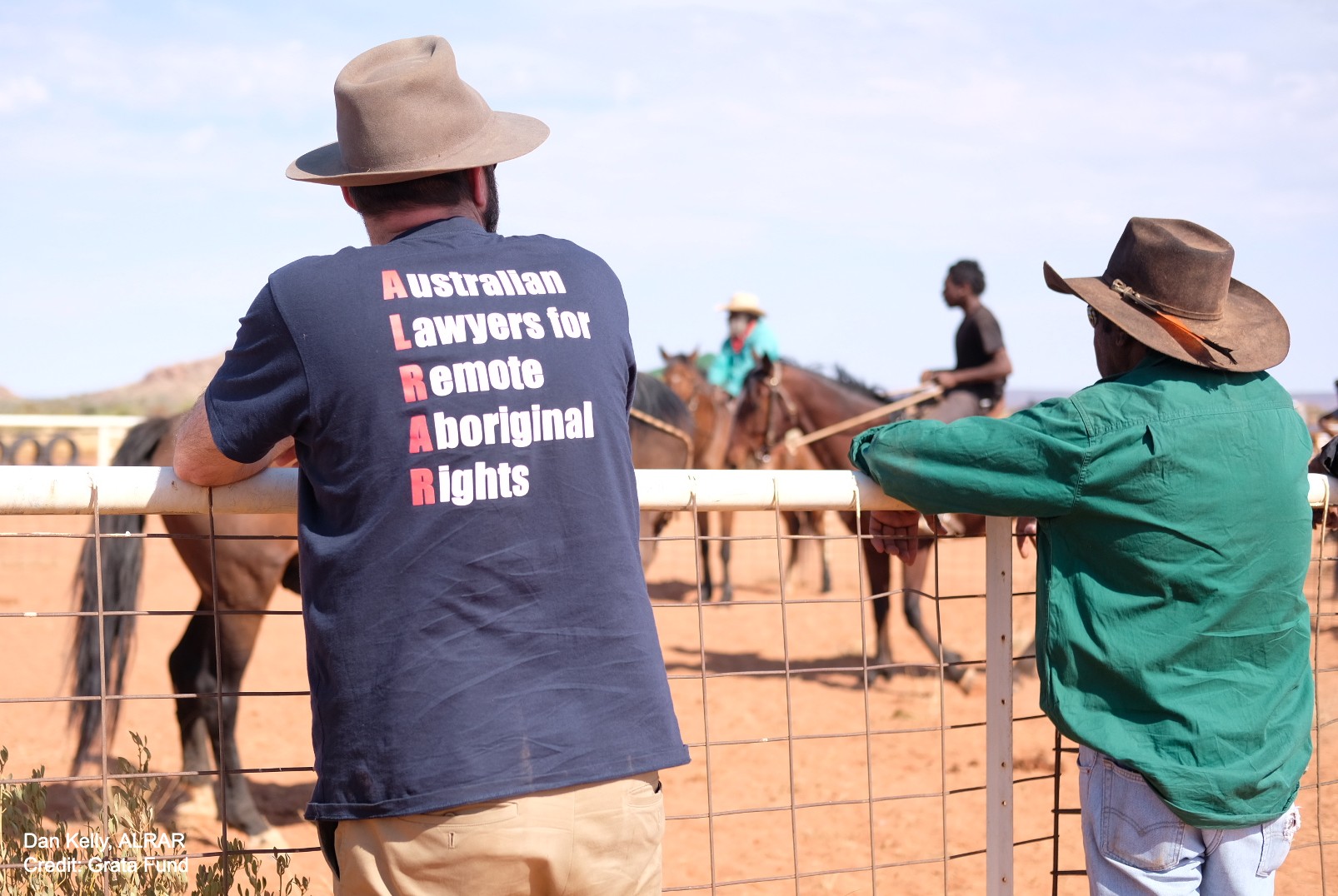 “Everyone who’s ever rented before will be familiar with the Residential Tenancy Act,” explains ALRAR’s Daniel Kelly. “Every tenant in Australia falls under one and though each state has their own Act, the basic rights and protections are the same.”

The claim made by the Santa Teresa community asked that the NT Government complete 600 repairs and compensate community members for the harm caused by the state of disrepair.

The NT Department of Housing responded by launching a counterclaim for almost $20 million in what it called “rental debts”.

“The Department asserted that every single house in the community had an unpaid rental debt ranging from $5,000-$40,000,” explains ALRAR’s Daniel Kelly.

“If you’ve got a couple of tenants in a community who are behind on their rent then it might be a case of ‘bad’ tenants, but when an entire community is deemed to be indebted, that points to a structural problem and a shambolic rent collection system.

“Our clients had no idea about these debts. When we told them, they were shocked. At no time had they been notified.”

With the help of generous donors, the Grata Fund supported Daniel and the ALRAR team as they pursued justice with the Santa Teresa community by holding the NT Government accountable to its own legislation.

“The Grata Fund’s support made all the difference,” Daniel says.

“When they came on board, we’d been running the case for about two years without any funding and we were out of steam. Grata stepped in and met the basic costs of the litigation which allowed us to travel and meet with our clients.

“Beyond the financial contribution, the team at Grata were just brilliant partners every step of the way. We could call on them for advice and assistance. They took such a weight off our shoulders and were incredibly respectful of our clients.” 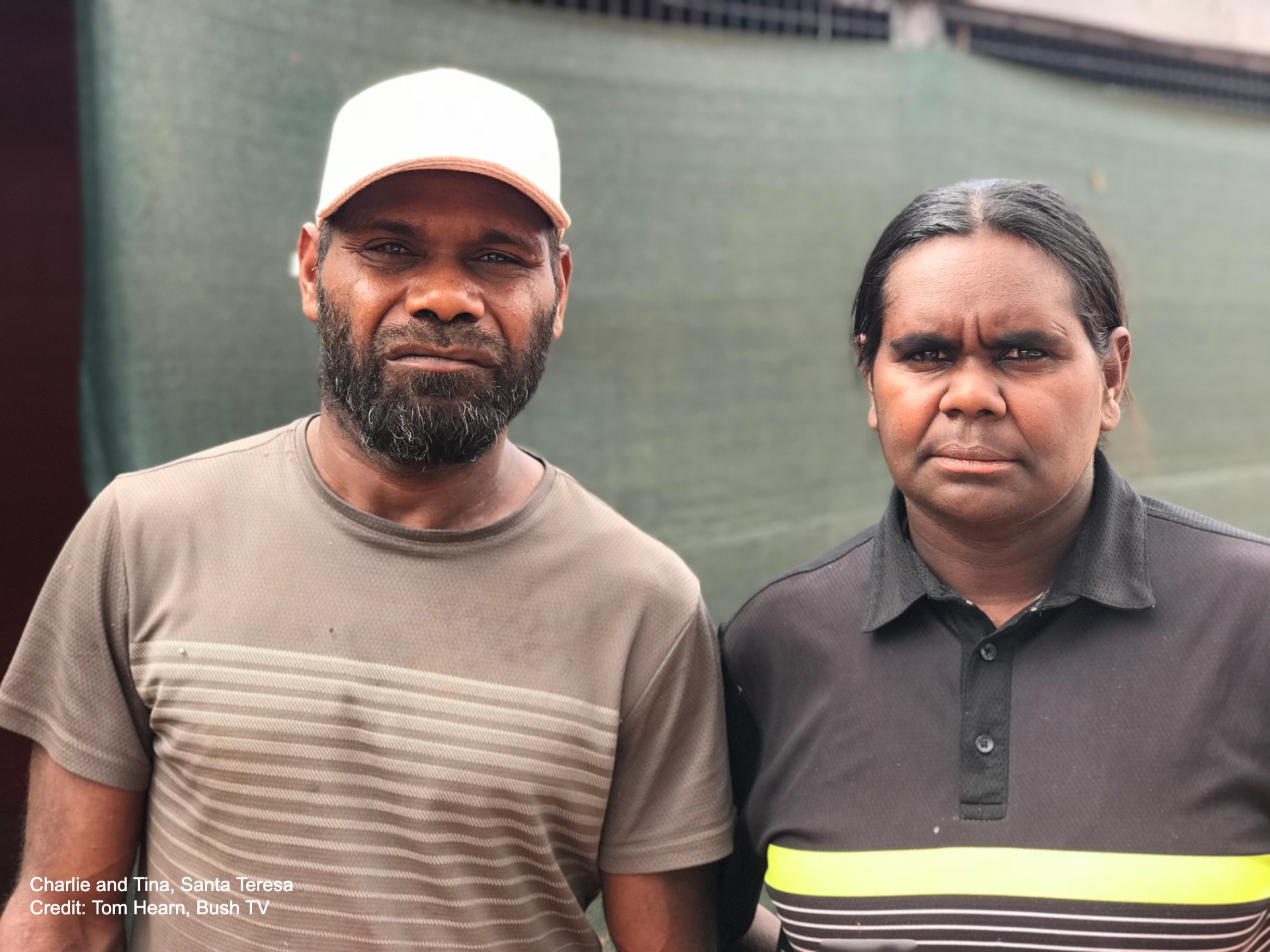 The case has been hailed a landmark.

“For remote Aboriginal people there’s often no access to justice,” says ALRAR’s Daniel Kelly. “We need to look for more innovative ways to help and that’s what this case was designed to do.

“The Grata Fund itself is innovative and their support allowed us to be innovative in our approach to the law.”

Philanthropist and human rights advocate Karen Loblay, who has supported the Grata Fund since 2017, agrees. Public interest litigation, she believes, plays an increasingly important role in protecting the rights of all Australians.

“The Grata Fund can pursue cases that bring a particular issue to prominence, especially when the people or communities involved can’t afford the prohibitive legal costs,” Karen says.

“The Santa Teresa case was a brilliant example of how this kind of litigation can set a precedent that will hold government to account, in this case for remote Indigenous communities, for years to come.”

“Public interest litigation puts a mirror up to our democracy. It can bring about enormous change.”

For Santa Teresa resident Jasmine Cavanagh, that change is powerful.

“Maybe in the future we can have better houses,” she told ABC News.

“Maybe in the future our kids can have good houses.”

Take a tour of Santa Teresa

Take a welcoming tour of the Santa Teresa community and meet some of the locals by watching the community’s video for the 2019 Tidy Towns Australia competition.

You can donate to help residents of Santa Teresa work to set higher legal protections at the upcoming challenge to the NT Supreme Court. 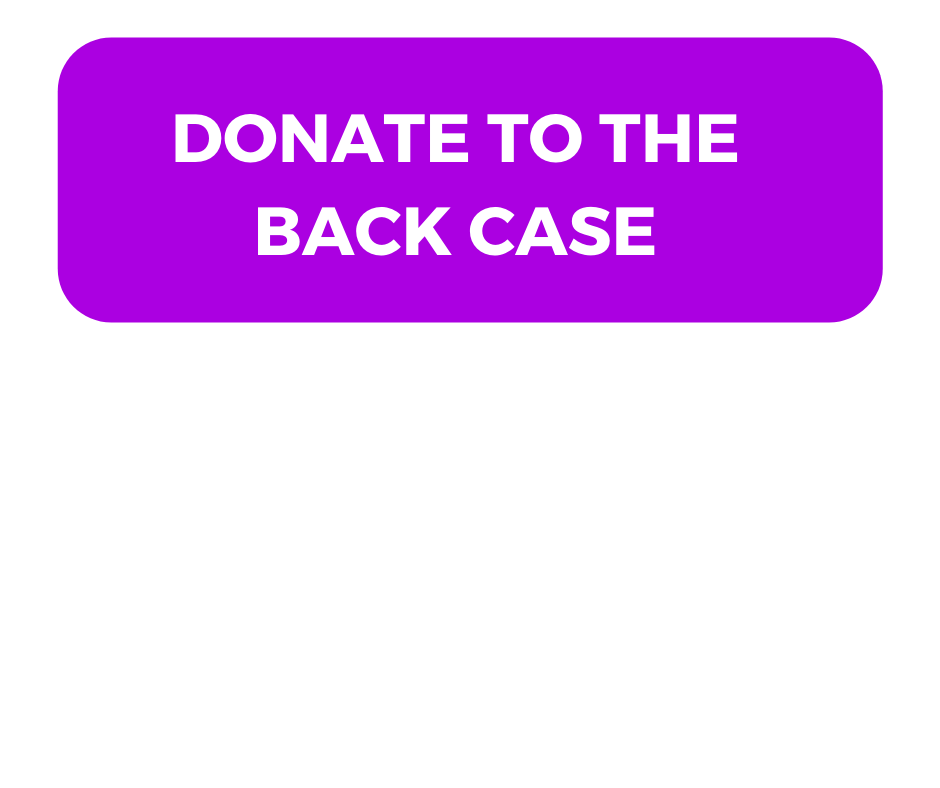