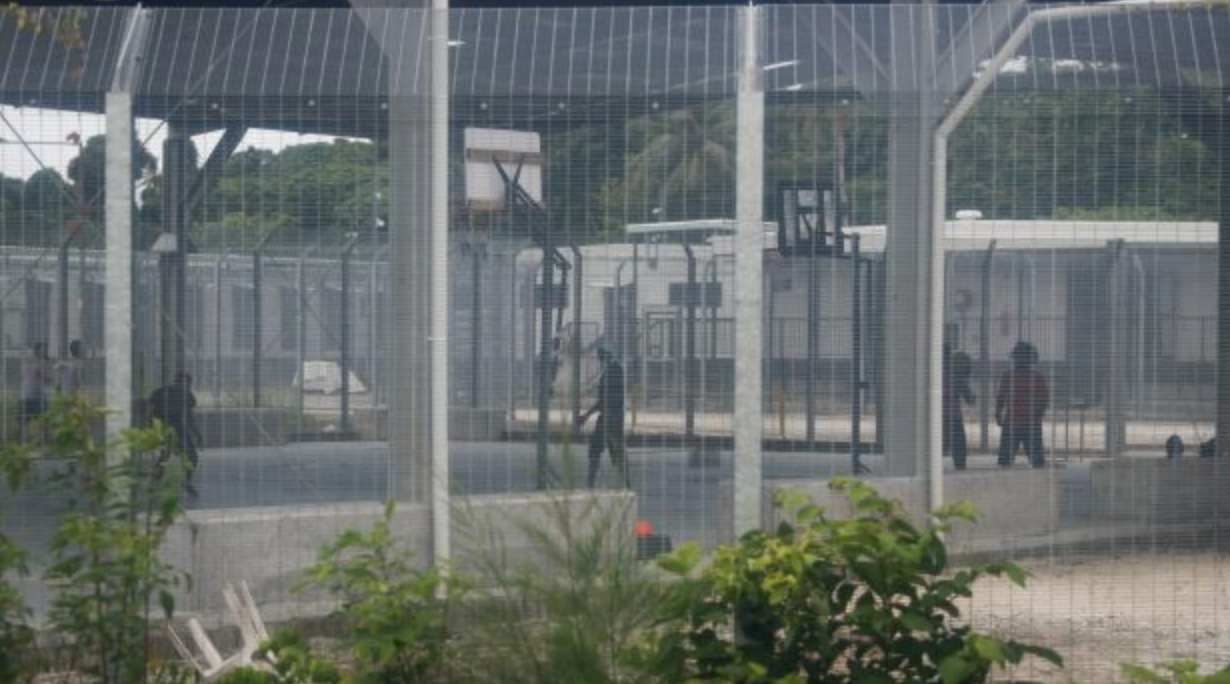 "Australia's shame on stage for the world to witness", Jennifer Robinson, The Sydney Morning Hearld

It's not every day you get invited to speak on the stage of New York's Lincoln Centre between the First Minister of Scotland, Nicola Sturgeon, and the woman who very nearly became the first female President of the US, Hillary Clinton – and just after Canadian Prime Minister Justin Trudeau.

But such is the growing international concern about Australia's treatment of refugees in our offshore detention centres: I was invited to speak alongside whistleblowers Alanna Maycock and Viktoria Vibhakar at the Women in the World Summit about what they described as "Australia's Shame". President Trump's infamous first phone call with Prime Minister Turnbull calling the Australia-US refugee deal "dumb" brought global attention to Australia's offshore prisons – and gave us a global platform alongside world leaders.

Speaking before us, Trudeau repeated his now famous words: "To those fleeing persecution, terror and war, Canadians welcome you, regardless of your faith." He insisted the credit was due not just to him and his government, but to the people of Canada for their compassion and willingness to help refugees.

As we prepared to go onstage after some encouraging backstage words from Sturgeon, I was struck by the contrast with Trudeau when Turnbull's stern words echoed across the sold-out audience: refugees arriving by boat "will never settle in this country".

In a comparison that resonated for the US audience, Yahoo anchor Bianna Golodryga introduced Australia's offshore detention centres in Nauru and Manus as "Guantanamo for asylum seekers". The difference, I pointed out, is that Australia is not locking up alleged terrorists – we are locking up civilians fleeing persecution and seeking our protection. But we did copy the US: few recall that Guantanamo was first used by the Clinton administration in the early 1990s as a detention centre for Haitian refugees intercepted at sea but was shut down after a federal court judge ruled it was "outrageous, callous and reprehensible".

For good reason, the New York Times has reported that "[t]he world's refugee crisis knows no more sinister exercise in cruelty than Australia's island prisons": 1262 women, men and children seeking asylum have been indefinitely detained in conditions the UN Committee Against Torture condemn as torture. Amnesty's report, Island of Despair, documents horrific conditions driving vulnerable asylum seekers to desperation, including a Pakistani man who tried to commit suicide twice in ten weeks by dousing himself in petrol and drinking dishwashing liquid and a 13-year-old Afghan boy who has attempted suicide multiple times using a knife, petrol and by drowning.

Despite valiant efforts by human rights lawyers over many years, domestic litigation has not been able to end the offshore detention regime. The audience was surprised to hear that Australia has no bill of rights which would allow the kind of challenge that stymied Trump's Muslim ban – and that it took a legal challenge before Papua New Guinea's Supreme Court, under their bill of rights, to get a ruling that Australia's indefinite detention of refugees on Manus is unlawfuland must end. Challenges to detention in Nauru have failed.

The audience was audibly affected by what they heard from whistleblowers Alanna and Viktoria: women and children being raped and living in fear of repeated sexual abuse, women being denied access to sanitary supplies and forced to use fabric from the tents they live in to stem menstrual blood, being denied basic and necessary medical treatment.

As an international human rights lawyer I deal with abhorrent cases all over the world, but I felt sick listening to what the Australian government is doing in Nauru in our name. Seeing the audience reaction to Alanna and Viktoria's stories reinforced my firm belief in the power of storytelling as an entry to empathy which is needed to create the collective political action required to address this problem.

But Alanna and Viktoria risked two years in prison for telling these stories. I am proud to be Australian, but I was ashamed to have to explain that instead of addressing the injustices they speak of, the Australian government introduced the Border Force Act to make it a crime punishable by imprisonment to speak about it.

Threatening those who speak out about human rights abuse with criminal prosecution is the kind of behaviour you expect from authoritarian regimes, not from Australia. Not only does the law breach the right to free speech – it is a direct attack on our democracy. The law is a cynical and effective tool to keep us in the dark. As Alanna told the New York Summit, the risk of prosecution has stopped people from speaking out, and stopped information from getting to the Australian public.

When I was recently in my home town in country NSW I told my father, who reads the Daily Telegraph every morning, that refugee children are being abused in Nauru. His immediate and understandable reaction was one of disbelief: "That can't be right." How could Australia let that happen?

The fact is it is not right – but it is happening, I explained.

Our democracy depends on an informed voting public: we cannot act if we do not know. By restricting the information available to its citizens, the Australian government is attempting to insulate itself from criticism and democratic accountability: they get away with it without risking their seats in parliament. With bipartisan political support and a law making it a crime to speak about what is happening, Australia faces a major accountability deficit.

For this reason, the Grata Fund – Australia's first crowd-funded litigation fund – supported Doctors4Refugees and Fitzroy Legal Service to make it possible to challenge the Border Force Act in court. Our goal is to protect the ability of brave doctors, teachers and other staff to speak out about the suffering they see to ensure Australians have the information we need to hold our politicians to account.

The first case forced important concessions for health professionals, but teachers, lawyers, social workers and other staff still face prison. We plan to support a new challenge to overturn this law for everyone.

On my way to New York, my great-uncle Sir Peter Lawler, who had been instrumental in ending the White Australia Policy, passed away. In his honour and inspired by his legacy, I thought about our own legacy. Our children and our grandchildren will ask us: How could we have been so cruel to people seeking our protection? And importantly, what we were doing to stop it?

You can do something by donating to the Grata Fund to help make this new challenge possible. The case won't bring down the detention regime, but it is a critical step towards creating renewed democratic pressure on the government to close these camps.

Jennifer Robinson is a barrister at Doughty Street Chambers and founding director of the Grata Fund.